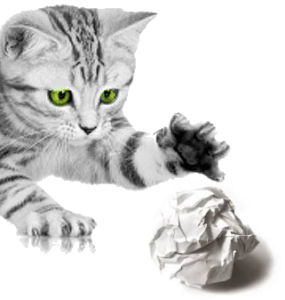 I’m constantly looking for fun new ways to play with my cat. Being on a shoestring budget, though, means that there’s really no room for expensive cat toys for her. Since I’ve adopted the fat little furball, I’ve gotten quite adept at making homemade cat toys.

Fortunately, my cat’s pretty simple, so she doesn’t mind. Homemade cat toys are much less expensive that commercial toys. In fact, most of them are free, since you can use all sorts of items that you have around your home already.

Don’t toss those cardboard tubes when the roll is done – turn them into homemade cat toys. There are tons of homemade cat toys you can make from these discarded objects. You can staple one end shut, toss in a few pieces of food, and staple the other end shut. Toss it on the floor and watch your kitty bat it around trying to get to the food. You can also cut them into rings and roll them across the floor, or just toss the whole tube on the floor. Another toilet paper roll cat toy involves making parallel cuts on each end, so the ends resemble a broom, and bending the “bristles” outward. This toy will roll easily across the floor, and kitty can chase it to her heart’s content.

For some reason, a lot of cats go batty for the little rings around milk jugs. However, I always worry that the little chunk will end up eating them, so I’ve found that plastic shower curtain rings work just as well and last longer. These cat be rolled across the floor for kitty to chase, or they can be linked together and hung so kitty can bat them around. You can also tie strips of felt or old tshirts around the ring for some more interesting homemade cat toys.

There’s not a whole lot you need to do to make homemade cat toys from cardboard boxes and paper bags. Just put them down on the floor, and kitties will usually take up residence, darting in and out and rolling around in them. For a little more entertainment, scratch on the side of the box or bag lightly. If you have more than one cat, you might get to see a rousing game of King of the Castle. If you’re feeling froggie, you can also tape a box closed, cut some holes in it, and toss a toy or treat inside.

Looking for something to do with all those sheets of newspaper from your Sunday paper? Crinkle them into balls, and let kitty chase them! You can also make little foil balls, which are a little more durable and can make quite the racket on hardwood and tile floors. Foil is also great for making hats for kitty too. (Don’t judge me – Google it…)

Old wine bottle corks are good enough to just toss on the floor, but that’s no fun. Why not take it a step further. Try hot gluing some feathers into the ends, or string a bunch together for a wiggle worm toy.

Old socks can also be used to make homemade cat toys. Snip the toe off, stuff it with the rest of the sock, and sew it up to make a ball for kitty to bat around and lose under the couch. For some added entertainment, add some catnip to your new kitty ball and watch the little puff head go nuts!

What are your favorite homemade cat toys? 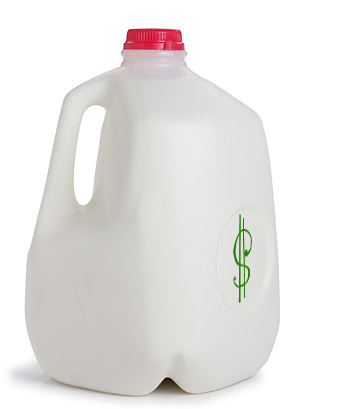 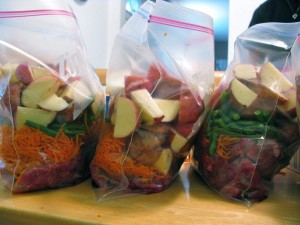 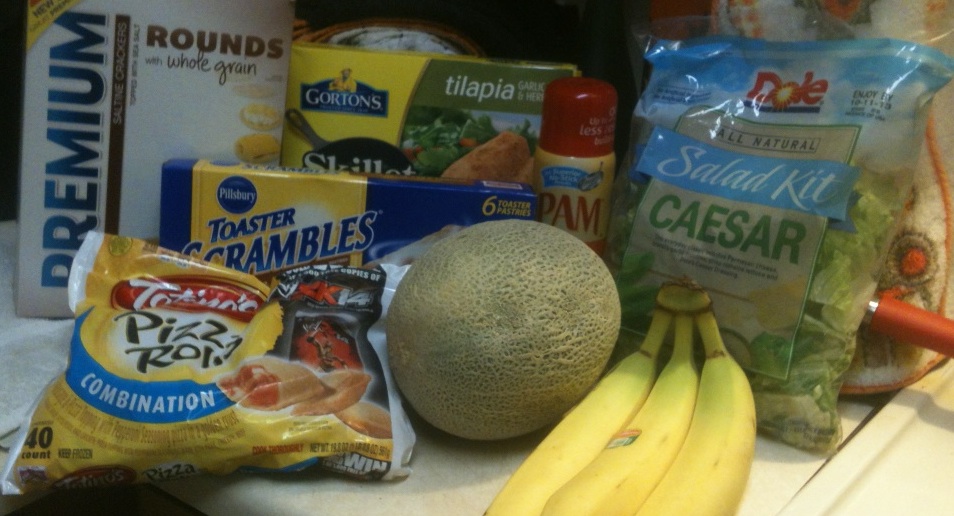 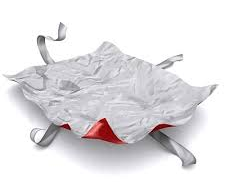