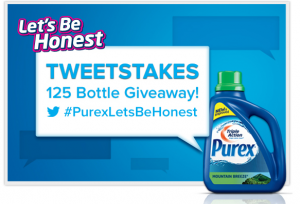 Tweet your honest confession #PurexLetsBeHonest for a chance to win a FREE bottle of Purex Triple Action Detergent.  Entry limit is one entry per person, per e-mail address, per Twitter account, per day, during the promotion period. All submitted entries must be received by 3:00 p.m. PST on July 20, 2012.  Hurry, this offer is only available through Friday, 7/20/2012.  Read the full listing of details in the “Official Rules”. 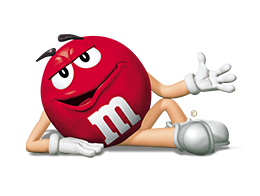