Here are the Top Daily Living Social Deals for 06/14/12. Many of these deals are national. It also does not matter what city you live in to get local deals. Please don’t forget to read the fine print.

Nationwide Deals: Pay $50 for $100 to spend online at Heels.com, a shop that offers a carefully culled selection of fashionable women’s shoes, with included second-day air shipping.

Nationwide Deals: Pay $15 for $30 to spend on a large selection of pet medication and toys at PetCareRX.com.

Nationwide Deals: For $20 (regularly $40), you’ll get a 40×60 customized photo fleece blanket from InkGarden.com.

Chicago: Get $40 to spend on food and drink for just $20 at Triad Sushi Lounge in the South Loop.

San Diego: Take up residence for an afternoon at Play Town in El Cajon with today’s deal: Two admissions for kids ages 6 and younger for $9 (regularly $18) — and adults and babies under 9 months are free.

Houston: Get your wings without a pat down at Houston Flight Training, where $145 buys you a 90-minute ground school session and a one-hour discovery flight (a $299 value).

Living Social Escapes: Escape for a one night stay for two in a Signature Suite at the AAA Four Diamond-rated Westlake Village Inn ($159) in California.

Living Social Escapes: Stay at the Travaasa Austin for a one ($249) or two-night stay ($399) for two, Sundays through Thursdays, in an upgraded Canyon Room at TripAdvisor’s #1 recommended hotel in Austin. 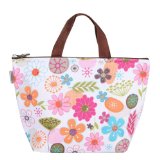 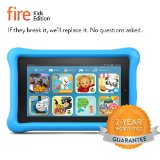