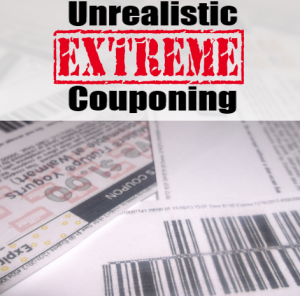 Extreme couponing and extreme coupon savings are well known grocery shopping strategies these days, partly due to shows like TLC’s Extreme Couponing. Saving 90% or even more off your grocery bill with extreme couponing methods sound like a pretty sweet deal, but just how realistic is this?

I’ve been watching TLC’s Extreme Couponing reruns tonight, which is where the idea for this post came from. By now, nearly everyone knows that Extreme Couponing is a television show that’s more entertaining than it is reality. After a frustrating conversation with a friend, who’s a beginning couponer, though, I realized tonight that some people still look at Extreme Couponing as pure reality.

So, I’ve put together a list of Extreme Couponing tactics and situations that you won’t always run into in real life.

On Extreme Couponing, it seems like every store doubles coupons. Better yet, there’s no limit to the amount of coupons that stores double. Wouldn’t that be nice…?

While some stores do double coupons, this is no longer the norm. More and more stores are opting to nix their double coupon policy, and other stores have strict limits regarding double coupons. For instance, a store may only double a certain amount of coupons in one shopping trip. Make sure you call your local store and find out their policy on double coupons before you try to pull off a record like you’ve seen on Extreme Couponing.

Coupons For Free Items Are Common

On Extreme Couponing, coupons for free items are not only a reality, they seem rather common. If someone doesn’t have a coupon for a completely free item, they’re able to match a coupon with a sale and get 100 free items. I wish…

Getting items for free with coupons is entirely possible, and I usually get a bit of a rush when it happens. However, coupons for completely are not common, and even when you do get one, some stores won’t even accept them. You can get items for free with coupons, but getting several of the same item using the same coupon is unrealistic. First, the fine print on many coupons, particularly high value ones, limit the amount of identical coupons you can use in one trip. Also, getting your hands on that many coupons can be difficult and even expensive. Which brings me to…

Huge Stacks of Coupons Are Needed For Huge Savings

The couponers in Extreme Couponing typically have a ginormous stack of coupons when they hit the checkout line. That would be nice, but is it possible?

Of course it’s possible, but obtaining the number of coupons needed for extreme coupon hauls like the ones seen in the show can be a bit tricky. You basically have a couple of options. First, you can buy or subscribe to dozens – or even hundreds – of Sunday papers. We’re talking big bucks either way. Another way to get your hands on massive amounts of coupons like you see in the show is to pay for a coupon clipping service, which can still be expensive, especially for that many coupons. A better method to get your hands on multiple coupons is to ask friends and family for unused coupons. You can also buy an extra copy of the paper or two on big coupon weekends and pay for a few valuable coupons through a coupon clipping service that you know you can get a great deal with.

On Extreme Couponing, shelf clearing is not only common, but it seems to be the goal at times. Sometimes I wonder if the producers of the show actually encouraged it or set it up.

Shelf clearing is one of my biggest pet peeves when it comes to extreme couponing. I despise it. It’s so rude and rotten, and it just ruffles my feathers. Stocking up on something is one thing, but clearing a whole shelf of a hundred items so no one else can get them is a whole ‘nother story. There’s no magic number to determine how much is too much, but just use common sense here. If there are only a few items left on the shelf, I wouldn’t worry too much about clearing it. But, if there’s an entire shelf full of items, you might wan to think twice. It’s just poor coupon etiquette.

Everything Will Work Out at the Checkout

It’s the end of the big Extreme Coupon haul and the shoppers are checking out. Uh oh! A coupon beeped and the register screwed up! Phew! All’s well, because that nice manager over rode the system and that sweet little cashier doesn’t mind manually entering the leftover 300 coupons. That was close…

Wrong! In reality, things don’t always work out as planned. When a register doesn’t accept a coupon, some cashiers and store managers are great about it and will do what it takes to get you your savings. However, not all of them will. Some stores won’t accept a coupon if it beeps, and some cashiers may not be familiar with their own coupon policies or even basic coupon usage. You can’t eliminate problems with coupons at checkout, but you can minimize the problems. Make sure that all of your coupons are legitimate with unblemished barcodes, and always carry a copy of the store’s coupon policy when shopping.

I know I left some out. What tactics and situations on Extreme Couponing irk you the most? 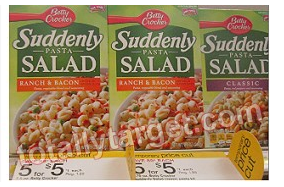 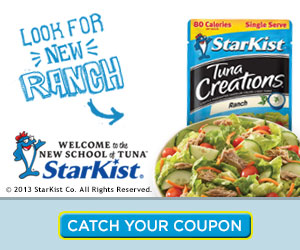