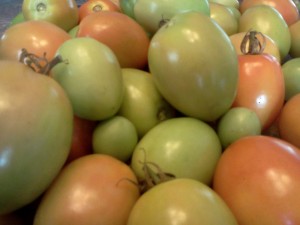 At the present moment, I am in possession of tons of green tomatoes. Although I like fried green tomatoes as much as the next guy, I really have high hopes for canning some tasty tomato sauce again this year.

If it was up to me, I would have let most of the tomatoes ripen on the vine. Unfortunately, Mother Nature had other things in store for me. So, here I am with tons of green tomatoes and lots of empty lonely canning jars.

I’m no stranger to green tomatoes, though. We almost always still have quite a few at the end of the season before the first cold snap.

While plopping the little buggers on a sunny window sill seems to be a popular method of ripening green tomatoes, I usually take a different way. First of all, I simply don’t have enough windowsills. This method also usually draws in fruit flies. Ew…

Contrary to popular belief, placing green tomatoes in direct sunlight is not the best way to ripen them. Like many fruits, tomatoes give off ethylene gas as they ripen. The odd thing is that ethylene gas actually hastens the ripening process. (Kind of like a chicken or the egg thing.) Placing tomatoes on a windowsill actually lets this gas escape, and it takes too long for the tomatoes to ripen.

Given that I hate fruit flies, I’m not a patient person, and I’m a bit of a nerd, I use another method to ripen green tomatoes. This method takes a little more time than the windowsill method, but it works so much better and with minimal rot.

1. Separate tomatoes by stages of ripeness.

It can be hard to cull out some of your tomato harvest, but this is actually a very necessary step. Removing any blemished or rtting tomatoes from the bunch will help prevent the rest of the bunch from going bad.

Wrap each tomatoes or small groups of tomatoes in single sheets of newspaper. This will help trap some of the ethylene gas and hasten the ripening process. If you prefer, you can also place tomatoes in small paper bags.

This step is optional, but I find that it helps keep all of the wrapped tomatoes contained in one place. You can also place your wrapped green tomatoes in a large paper bag or reusable cloth grocery bag.

5. Check for and remove rotten and ripe tomatoes periodically.

Every few days, check your tomatoes. Remove and discard any rotten ones and remove ripe ones. It’s especially important to remove rotten tomatoes, since they can actually cause other tomatoes in the containers to rot as well.

What method do you use to ripen green tomatoes? 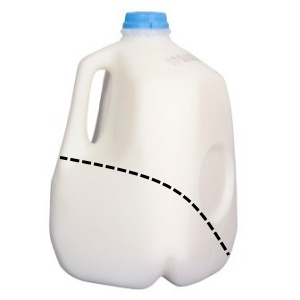 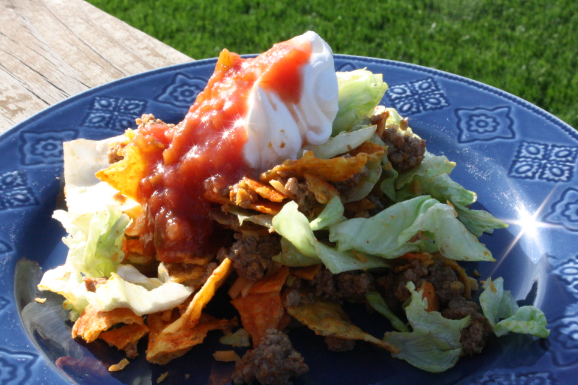 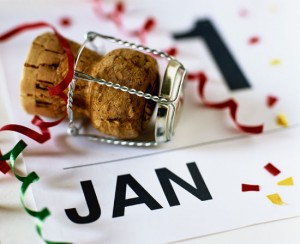 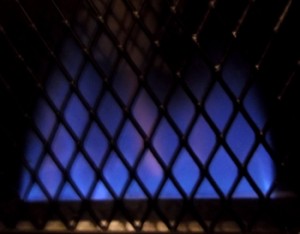