Being thrifty hasn’t always been one of my more prominent traits. At one point in y life, I could care less about saving a couple bucks and I wouldn’t be caught dead clipping a coupon. My idea of being thrifty was ordering the steak instead of the lobster.

These days, “Thrifty” could be my middle name! I pride myself in being able to save money almost anywhere, and I never pay retail. Well, almost never.

However, despite my crazy start on the road to frugality, there are a few things I just won’t do to save a buck. And, here they are…

“If it’s yellow, let it mellow; if it’s –” Well, I’m sure you know the rest. The practice of not flushing the toilet unless absolutely necessary was actually started to prevent septic tanks from filling too quickly. Super thrifty people, however, started using this tactic to shave a few bucks a year off of their water bills. I am not one of those thrifty people, and my yellow never mellows.

Many thrifty people don’t see the harm in swiping ketchup packets or napkins from fast food restaurants. I, on the other hand, find it pretty tacky at best. While I don’t think anyone should be hauled off to jail for swiping a few ketchup packets, it’s just not my thing. After all, I get condiments and napkins for free or super cheap with coupons anyway.

Don’t get me wrong here – I have no problem with people doing multiple transactions at stores to get the best bang for their buck. In fact, I’ll be the one behind you in line cheering you on in many cases. I just don’t want to do it myself. It takes too long, it stresses me out, and it’s no treat doing it with kids in tow. I usually just go back to a store the next day if I need to do more than one transaction to get a deal.

I am the thrifty thrift store queen of my family when it comes to clothes. I do draw the line at buying used undergarments like underwear and bras, or even swimsuits or socks! I know, I know! I can wash the items, and they’ll be as good as almost-new, but I just can’t get past the idea. There’s really nothing wrong with it, but I simply can’t bring myself to do it.

Skimp on the Tip

I was a bartender for years, so I know what it’s like to wait on someone and get stiffed on a tip. If anything, I’m guilty of overtipping. On the rare occasions that we actually do want to eat out, if I can’t afford at least a 20% tip, then I can’t afford to eat out at all.

I completely understand not wanting to shell out big bucks for special occasion outfits that you’ll most likely only wear once. But, buying an item, wearing it with the tags still on, and returning it? Absolutely not for me! I may be thrifty, but I’d rather rent an outfit or check out the thrift stores.

I never really saw the point of driving around looking for cheaper gas prices. Not only is it time consuming, but it also uses gas in the process and completely defeats the whole purpose. I’d rather stop at the closest station and hope for the best. The gas prices in my town are actually so close, that we’d only be saving a whole penny, if anything, by heading across town to a different gas station.

Give Up My Maxwell House

I love my Maxwell House. Period. It’s not a fancy schmancy brand, but it’s reasonably priced and it works for me. I’ve tried to save money before by switching to the store brand, and let’s just say that it didn’t work out. I’ve even tried more expensive brands that I’ve been able to get dirt cheap with coupons. I always end up back with my brand.

Make My Own Laundry Soap

I think this is pure laziness on my part. I’ve made and used homemade laundry soap in the past and while it did work just fine, I hated making it. So, chalk one up to pure laziness, I guess.

Keep in mind that this is just a little list of thing that I simply don’t want to do, even while fighting the thrifty battle. I don’t hold anything against anyone that does, but these thrifty tactics just aren’t for me.

What about you? Where do you draw the line at being thrifty? Are there some thing that you just won’t or don’t want to do to save a buck? 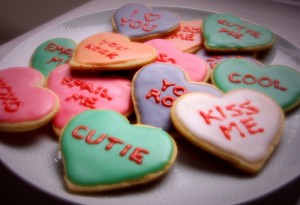 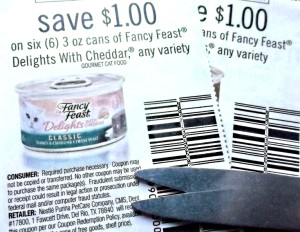